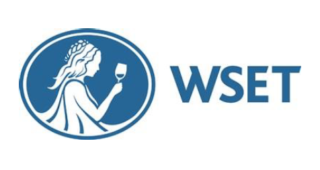 While development of these new qualifications is still in the early stages, WSET is working in partnership with the Institute of Brewing & Distilling (IBD) on this initiative. IBD, a global provider of technical education to professional brewers, distillers and associated suppliers, is lending its expertise to WSET in the creation of its beer qualifications.

Beer is not a totally new subject stream for WSET as, prior to 2005, it was included in its intermediate wine and spirits qualification (equivalent to today’s Level 2). WSET Level 1 and 2 Awards in Beer will be created with both trade professionals and consumer enthusiasts in mind. The courses will explore the main types and styles of beer, key methods of production, tasting technique and food and beer pairing, following the same well-established principles as the Level 1 and 2 courses in wines and spirits. Courses will initially be developed in English before being translated into other languages.

Ian Harris, WSET CEO, said, “We are always assessing and investigating opportunities to grow our delivery in the global drinks industry. Beer is by far the single largest category in the industry and, with the growth of the craft beer movement, it has become increasingly diverse and complex – so it makes sense for us to bring our educational expertise to the sector.”

There are no official dates for the launch but, as an initial step, WSET Educator Sara Hobday DipWSET has been appointed Head of Product Development – Beer Qualifications. Sara comments, “I am excited to have the opportunity to enrich global beer education through the development of WSET courses with IBD. We are constantly receiving enquiries about beer qualifications and many of our course providers have expressed an interest*, so it’s great to be able to set the ball rolling.”

Jerry Avis, IBD CEO, said, “The IBD diversified into beer appreciation and flavour training with the acquisition of the Beer Academy over 12 years ago. We are now excited to work with WSET to bring that expertise to a global market and to enhance opportunities for both organisations in supporting the brewing and hospitality sectors worldwide.”

* A global survey of WSET Approved Course Providers (APPs) carried out in January 2020, showed that more than 60% of respondents were interested in or very interested in providing beer qualifications.

About the Wine & Spirit Education Trust

About the Institute of Brewing & Distilling