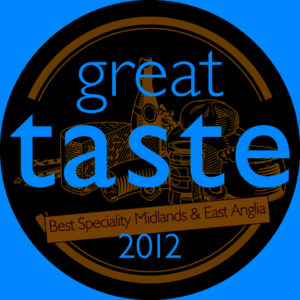 “Hoppy, subtle, pale gold, character and complexity with a long aftertaste” commented judges as they awarded Thornbridge Brewery’s Jaipur IPA a coveted Golden Fork Award for Best Speciality from Midlands and East Anglia at the annual Great Taste 2012 Awards dinner on 3rd September. Based in Bakewell, Derbyshire, Thornbridge Brewery is now amongst the top food and drink producers in the UK having won through round after round of rigorous judging with its Jaipur

IPA – ale which one judge described as “a meadow in a glass”.

Guild of Fine Food chairman Bob Farrand commented; “Thornbridge Brewery can be rightly proud of this award for its Jaipur IPA which received huge plaudits from the judges. The Golden Fork Award places this incredibly complex Ale alongside exquisite fine foods and it rightly deserves its place there. Brewing is going through exciting times with some outstanding craft breweries setting up and we are pleased that Great Taste 2012 is able to recognise and celebrate the artisan skills of new generations of brewers.”

The Great Taste accreditation scheme, run by The Guild of Fine Food, is recognised

by both producers and discerning consumers, as a sign of quality and reassurance

that the product is outstanding.

For further information please contact any of the following:

Street, SW1 and the Great Taste Awards have created a showcase restaurant

highlighting award-winning British producers from across the UK. www.cadogan.com

highlighted at Selfridges Food Hall, part of the Great